In this second of a series of three blogs posts, I want to argue that one of the consequences of an increased reliance on standardized tests can be more privatization of education. That is the way it has played itself out in Britain, and has led to a quasi-privatized 2 tier education system. In Nova Scotia, Bill 72 sets the stage for the same process. Although the Glaze recommendation for a separate office for standardized assessment may have been jettisoned after negotiations with the NSTU, other changes have set the stage for more testing in the future – the demise of school boards, the centralization of authority, and making principals managers.

As Grant Frost says in his latest article, https://frost18.com/a-voice-3/, the privatisation wolves are in the door, and are curled up on the carpet. The passage of Bill 72 has set us on the road to adopting a neoliberal agenda for education which has been in think tank AIMS’ sights for years, and has been implemented in countries all around the world. AIMS promotes market based thinking, just like the Global Educational Reform Movement (GERM) which foists a business model on education. The policy proposals include competition (both between schools and among teachers), choice, test based accountability, performance related rewards and the weakening of teacher unions. The claim is that a smaller role for government will produce “efficiencies” and “innovation” – but the British experience is very different. All of these are invitations for private enterprise to jump in to claim a slice of the pie.

Britain has for a long time had a system of high stakes examinations that decided which children would do academic work in high school (the 11+), which children would have to leave school at 15, O (Ordinary) levels), and which would qualify for higher education A (Advanced) levels). In the 1990s, education reforms resulted in adding a new set of exams for age 7, standardizing them across the country, all the while publishing results in League Tables. Once exam results were available for public view, tests went from being high stakes to stratospheric as parents in larger centres became like consumers, choosing the “best” schools for their children. And because of their traditional reliance on exam results, few outside the education system in Britain questioned their merits.

Once Britain had achieved “test based accountability”, the next step was intended to raise standards, particularly for those children considered “disadvantaged”. A Labour government was in charge, and there was a lot of rhetoric around making sure that every child had “equality of opportunity”.  The poorest performing secondary schools were to be closed and then reopened under the management of “trusts” which would inject new money into them. Sponsors who could invest at least 2 million pounds ($4m) were sought,  and these new “academies” were given autonomy over finances, staffing and admissions. Public funding would continue to flow, but otherwise, these academies were like private schools within the public system, outside the authority of the Local Education Authorities (LEAs). Successful academies were encouraged to expand and take over more schools, thus becoming Multi-Academy Trusts (MATs). When the Conservative coalition took over in 2010, their education policy included expanding MATs to any secondary school that wanted to convert, with special provisions for those schools deemed “outstanding” who could convert without oversight (now called Converter academies). The Labour government had previously given up the idea of requiring sponsors to invest money, as there was a shortage of people willing to do that, and all trusts were now officially charities.

As the population rose, new schools were needed, and in order to continue to supply more choice to parents, the Conservatives borrowed the idea of “free schools” from Sweden. These were basically charter schools, set up by groups of community members and were publicly funded, but with full autonomy, just like academies. They were also free to implement their own curricula, often religiously based.

By 2017, there were over 3000 MATs including some primary schools. The government has decreed that all schools will be academies by 2022.

Julian Astle, researcher with the Royal Society of the Arts, has described the British education system as a game of “whack-a-mole… Our school system, with its focus on tests, targets, league tables and inspections, is full of unintended consequences and perverse incentives. It has become such a game that it is forcing teachers and school leaders to choose between helping pupils and helping themselves.” https://www.teachingtimes.com/articles/cheatingteachersslt84.htm

He was referring to the phenomenon of teachers “cheating” on tests to help their students – something that becomes more and more prevalent as standardized tests become more high stakes. It could, however, refer to the British system as a whole, because every day’s newspaper brings new headlines about scandals in the operation of these “trusts”.

Have the intended consequences have been achieved? Have there been unintended disasters? The key issue is what is the opportunity for profit – “OP” for short:

Have standards been raised? Although results on internal British exams have been steadily rising, with a greater percentage across the board achieving “proficiency” in the core subjects, PISA (international comparisons) results have improved only slightly. See previous post: https://progressiveeducationnovascotia.wordpress.com/2018/02/22/joy-in-learning-good-for-students-and-teachers/ And because of the government’s decision to limit the subjects that will be listed in the League Tables, schools don’t have any incentive to offer a wide range of subjects that will not be “counted”. Thus, the narrowing of the curriculum within subject areas (teaching to the test) that I have referred to elsewhere has now grown to include whole subject areas, especially the arts and foreign languages. (OP – private arts classes, independent schools with enriched arts programs serving affluent families)

Several recent studies have shown no difference in equity between schools managed by Local Education Authorities and those managed by MATs. Other studies show that there is more segregation between advantaged and disadvantaged students in areas with a prevalence of academies, “and this is especially true of the more recent Converter Academies. Converter Academies, on average, take far less than their fair share of disadvantaged pupils.” Gorard,2014  http://dro.dur.ac.uk/12119/

Has “academization” made the U.K. education system more efficient? When there were 152 LEAs, there were 152 leaders, making the top salaries. Now with 3000 MATs, there need to be 3000 leaders, making the cost per pupil for Mats leadership almost 10 times as for LEA leadership. In addition, by leaving it up to MATs to pay head-teachers what they want, head-teacher salaries can also be astronomical. (OP – headhunters employed to find CEOs, “super heads”). “Efficiencies” are instead made at the classroom level, with less money for resources and teachers (recent budget cuts have had enormous impacts on the classroom).  Although there is a recommended salary scale, performance pay (based on pupil scores – again standardized tests) can be used to depress teacher salaries. Just today, the Guardian reported that some of the worst gender pay gap offenders are MATs, with their large proportion of female workers. https://www.theguardian.com/news/2018/mar/25/gender-pay-gaps-in-academy-school-chains-among-the-worst-in-uk.  In addition, because each trust is responsible for its own financial accounting, contracts and legal work, there is lots of new work for accountants and lawyers. One trust was reported as paying over $100,000 for 6 months accounting work. (OP – legal, accounting firms, “information management” firms eg SIMS) 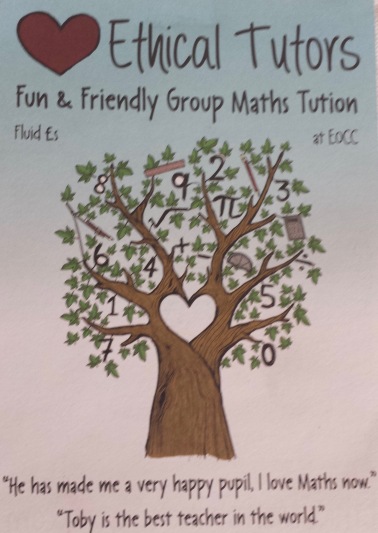 Britain’s firmly entrenched culture of test–based accountability certainly does set up a competitive dynamic between schools, and the reforms have created lots of “choice” to fuel it, but this has led to the “whack-a-mole” problem of the unintended consequences. Because parents want their children to go to the best secondary schools, they apply for the ones with best average test scores. The new academies are allowed to manage their own “oversubscription” policies, ie choose children most likely to boost their ranking on League Tables. In order to get their children into the “best” secondary schools, parents who can afford it engage tutoring agencies to boost their marks (OP – tutoring agencies, private tutors – perhaps teachers leaving the system?). When the government bans the use of marks and interviews for admissions, academies can become “specialist” schools i.e. claim to focus on STEM subjects, the arts or foreign languages, so they can then devise ways to test for aptitude in those areas.  This leads to the question – what’s the difference between aptitude and parents with money for private lessons? Another quality that schools might look for is well off parents who will be able to contribute to school fundraising…so they start having “parties” for prospective families (thus killing 2 birds with one stone, since they can suss out the students at the same time). So the government bans parties. Sometimes schools even resort to changing the boundaries of their catchment areas to cut out less advantaged neighbourhoods. And so it goes…

To be continued…. Next post: the sorry, 2 tier state of British education today – winners and losers. And what NS can do to prevent a similar fate.

The large number of rough sleepers amidst all the wealth of the colleges is a testament to the inequality which plagues Britain (and its school system) today. This doorway is someone’s home.

Molly Hurd’s perspectives on education have been developed out of her wide variety of teaching experiences in northern Quebec, rural Nova Scotia, Nigeria, Tanzania and Britain. She was also a teacher and head teacher at Halifax Independent School for twenty years. She believes passionately that keeping children’s natural love of learning alive throughout their school years is one of the very best things a school can do for its students. She is the author of “Best School in the World: How students, teachers and parents have created a model that can transform Canada’s public schools” published by Formac Publishing in 2017. View all posts by mollyhurd