In previous posts, I gave some examples of how the profit motive in education has led to a 2- tiered system in Britain – “good” schools for those with the resources to take advantage of them and then, all the rest. Academies, which were meant to address this disparity, have in many cases increased inequality of opportunity and widened the class divide.  In this post, I will underscore the aspects of Canadian culture on which we can build that can prevent this kind of thing from happening at home.

A few weeks ago, during the Oxford Literary Festival, I went to a talk by the romantically named Lord Adonis. The talk was about his and collaborator Will Hutton’s last ditch attempt to reverse Brexit by convincing MPs to hold a second referendum with a clear choice between Remain and whatever deal is on offer. What I didn’t realize at the time was that Andrew Adonis was considered the “architect of academies” – he had been Blair’s Minister of Education right from the beginning of the New Labour government in 1997. I decided to read his book, “Education, Education, Education” (2012). I bitterly regret I didn’t wait around to ask him what he thinks of academies now. 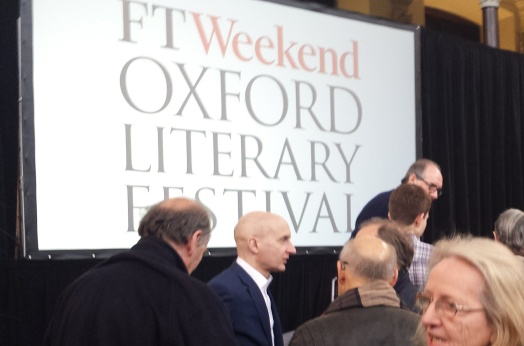 Adonis’ book unapologetically boosts the notion that it was “stark, staringly obvious” that British schools were seriously bad, that Britain would never be able to compete successfully in the world economy, that teachers needed to be held accountable for the state of the nation’s schools, and that there was a “misconceived role of local education authorities as school managers”. He says things like, “weak leadership and discipline, exacerbated in many comprehensives (secondary schools) by a hard Left ideological hostility to ability setting (streaming) or proper systems of rewards and sanctions, reinforced failure with failure.” All this is from a man who has never taught or had any education training.

As an antidote to this unsubstantiated rant I also read a book by the unromantically named Clyde Chitty called Education Policy in Britain (2014). Chitty, a professor of education at University of London, is the author of over 30 books and reports and takes a much more evidence based approach, which demolishes many of the Adonis assertions. As I have written elsewhere, PISA and other studies have shown that education systems that use streaming, or selection based on “ability” do worse academically. “Rewards and sanctions” for teachers (merit pay, firing) have not been proven to improve academic results, but do add to teacher stress, demoralization and, eventually, teacher shortages.

In Part 2 of this series, I talked about “perverse incentives” that have led to unintended consequences. The most perverse incentive of all for an education system is the idea of making a profit from children’s education. In Britain, that motive has led to many unintended consequences such as middle classes navigating the system to their advantage https://progressiveeducationnovascotia.com/2018/03/28/standardized-tests-can-lead-to-a-2-tier-system-part-2/ .  Their government’s overall goal, and that of GERM was always to remake the education system along a hierarchical, market driven model. Britain has quite explicitly done this and is well on the way to gutting their state education system. If “full academization” is allowed to happen (the present government has declared that every school must be an academy by 2022), they will have a genuinely 2-tiered state system of education – one where the gap between the “good” and “bad” schools is widening, and disadvantaged students are again shut out of opportunities.

What happened to Britain? After the second world war, there was a concerted effort by the 1940s Labour government to improve the lot of the working class, to break down class barriers and to create a more egalitarian society. The social safety net was widened, the NHS got its start and education experimented with cooperative, progressive models. The 1970s Labour Government abolished the 11+ exam which decided who could go to the prestigious grammar schools, and there was a will to replace those selective secondary schools with new “comprehensive” schools. But by the end of the 70’s conservative governments started complaining about the lack of standards created by this form of “child-centred” education, and the need for accountability for teachers. Margaret Thatcher set the back to basics movement into motion, and New Labour under Blair and Adonis continued the process.

Adonis was himself a beneficiary of the post war egalitarian ethos. A foster child, his ability to do well on exams secured him a place at an independent boarding school from where he won a place at Oxford. But being the beneficiary of a programme designed to pluck bright students out of the proletariat seemed to reinforce in him a basic belief in social hierarchy, albeit one based on “merit” rather than birth. That belief in hierarchy and the arrogance of the amateur expert on education produced sweeping assertions – when he visited comprehensive schools as Minister, he was adamant that they were so bad that incremental change was not enough – they had to be closed and reinvented. Huge amounts of public money later we have the present academy scheme.

What’s to stop something like this happening in Nova Scotia? The government has taken the first step by dissolving school boards (in Britain, academies are outside local education authority control). It is destroying the collegial interactions between principals and staff by taking principals out of the teachers’ union (this happened long ago in Britain, and has led to huge salary differentials and a teacher shortage).

Canadian society differs in important ways from British society, and that affects our respective education systems. Our class structure is much less ingrained, which has led to less hierarchy and deference to authority than you see in Britain. We are more likely to have democratic models of interaction, and to teach cooperation in schools (in Britain, these are sometimes referred to as “collectivist” attitudes – no doubt to invoke the suggestion of communism). We have a firm, and real commitment to equity in education – doing well in Canadian schools is not as dependent on what strata of society one comes from as it is in many other countries, including Britain.

Our culture also tends to be much less punitive than Britain’s – we are more likely to have an assumption of goodwill on the part of citizens (and children). We still have the idea (sometimes) that we can actually work together to improve our institutions rather than needing top down sanctions and targets to impose it. The ethos of “continuous improvement” as a norm pervades many Nova Scotian schools – without bureaucratic rules and penalties. The British system of League tables that publicise school results, targets that need to be met or else, schools deemed “inadequate”, children excluded from schools because of their difficulties, fines for parents of truants, punishment of teachers for lack of improved standards, etc – all these are the product of a hierarchical society that tends to see its citizens as mostly bad, selfish or lazy (or all three).

Canada’s exam systems have never been as high stakes as Britain’s – we gave up most streaming before secondary school decades ago, and most high school marks tend to be based on some proportion of term work and participation. In provinces where there are mandatory standardized tests, they are less high stakes, and there is a growing awareness that what they are measuring is not always what we want children to learn. In Ontario, a new report, “Leading from the Middle” http://ccsli.ca/downloads/2018-Leading_From_the_Middle_Summary_Final-EN.pdf is calling for the abolishment of EQAO, their testing authority.

Nova Scotia is a relatively equitable, inclusive society. Educators and parents need to embrace their strengths as collaborative partners working for the benefit of children. We all need to uphold the notion that “a good local public school for every child” is a worthwhile aim for an education system, and demand a government that respects this. We need to restore respect and trust to teachers – without it substitute shortages will grow into in serious teacher shortages like they now have in Britain (just yesterday I heard about yet another scheme to recruit more teachers – Troops for Teachers – and yes, it’s just what you might think – https://schoolsweek.co.uk/troops-to-teachers-quarter-of-all-trainees-quit-course-without-qualifying/). Finally, we need to remember that education should have the varied needs of all children at its centre, and there is lots of evidence on how best to do this.

Adonis’ reform manifesto, taken from the back of his book, was “to make teaching the foremost profession in the country and to break down the Berlin Wall between private and state schools”. It has spectacularly failed; the country has spent billions on a reorganization that has led to privatization and all its attendant ills. The conservative government took what Adonis started, and created a monster. Every week brings new horror stories on its failures – a sampling, taken from news items in the last couple of weeks – corruption (https://schoolsweek.co.uk/ministers-urged-to-clamp-down-on-all-powerful-academy-ceos/) , waste, https://schoolsweek.co.uk/government-under-pressure-to-reveal-plans-for-free-teacher-vacancy-service/ , excessive results tracking in the name of “accountability” https://www.tes.com/news/school-news/breaking-news/ofsted-inspectors-accused-creating-unnecessary-workload , vast profits for numerous corporations (including 10 million pounds to a private test developer) https://www.theguardian.com/education/2018/apr/11/government-unveils-controversial-plan-testing-four-year-olds-england   https://www.theguardian.com/education/2017/dec/06/wakefield-city-academies-trust-west-yorkshire-police , huge teacher shortages https://www.theguardian.com/education/2018/apr/10/lesson-battle-why-teachers-lining-up-leave , and increasing inequality of opportunity   https://www.theguardian.com/education/2017/dec/14/poor-primary-school-pupils-increasingly-left-behind-peers-free-meals .

Meanwhile the children? Stressed, demoralized, and often bored. And after all that, the government’s own inspection agency, OFSTED, says, “inspection evidence, research and analysis continues to find that, while becoming an academy can be beneficial for some schools, there is not a clear or substantial difference between the performance of academies and schools maintained by local authorities.” https://fullfact.org/education/academies-and-maintained-schools-what-do-we-know/

But, one of the things that all this reading about academies has done is convince me that “incremental” change, change that comes from within or perhaps “leading from the middle”, is what is needed for us in Nova Scotia. It may take a change in government for this to be allowed to happen, but I think the recent struggles have hardened the resolve of teachers and parents. We need to remember what the British seem to have forgotten, that high scores on tests are only a small part of what makes an excellent education system. Here in Britain, I am convinced that when they can let go of their obsession with test results and get rid of high stakes tests, the rest of the structure will come tumbling down and they can get back to focusing on children. I’ve just started reading about a new breed of academy, co-operative schools, which want to do just that; they are leading from the middle and I am hopeful for them.

Molly Hurd’s perspectives on education have been developed out of her wide variety of teaching experiences in northern Quebec, rural Nova Scotia, Nigeria, Tanzania and Britain. She was also a teacher and head teacher at Halifax Independent School for twenty years. She believes passionately that keeping children’s natural love of learning alive throughout their school years is one of the very best things a school can do for its students. She is the author of “Best School in the World: How students, teachers and parents have created a model that can transform Canada’s public schools” published by Formac Publishing in 2017. View all posts by mollyhurd